The Beginning After The End is a popular Manga comic which has 6Millions views. It’s based on a novel of the same name but it’s story is quite different from it. This comic is written by Korean writer Turtle Me & Published by Tapas Media. This comic has 8 series which tells us the story about a King Grey who is a very powerful warrior. Who is on his deathbed is reborn as a child named Arthur Leywin, with some extra ordinary magical abilities. Arthur has been given a second chance at life. His journey filled by enemies, unexpected allies & surprises. Arthur does everything he must to protect his loved ones.

Seasons in Beginning after End

There are 8 season of this comic & Each season has some episodes & volumes.

In the season one there are 14 chapters from chapter 1 to chapter 14. Each chapter has some episodes. It was released on 18 Jan, 2017. The main character in this season is Arthur Leywin ( who is King Grey in his previous life), Allice Leywin his mother & Reynolds Leywin his father. In this season we see Arthur Leywin born into his new world. He finds quickly that he has retained his mental abilities from his previous life, but none of his physical abilities. Arthur discovers magic for the first time when he is thrown to the side once while playing with Reynolds. Alice makes it a point to teach Arthur about the language by taking him to the town of Podunk in Ashber. The last surprise that Arthur learned during this chapter was that his father was a skilled fighter.

In this season two there are 15 chapters from chapter 15 to chapter 29. Each chapter has 1-2 episodes. Is was released on Feb 2017. The main characters in this season is Arthur Leywin ( King Grey ), Tessia Eralith ( Childhood friend of Arthur ), Virion Eralith ( Grandfather of  Tessia ), Sylvie ( She is bond of Arthur Leywin & was entrusted to Arthur by her mother).

After getting a second chance at life, Arthur Levine first seeks to be strong enough to protect his family, as the memory of his calm past life as King Grey, the last time, still haunts him. . To this end, Arthur, a masked adventurer, adopts the persona of Note, and heads into dungeons under the Forbidden Beast glades. Impressed by his adventures, Arthur discovers a strange magic blade that kills the dragon inside him. responds to desire. He befriends a powerful young wizard whose past is shrouded in mystery, and fights the deadly Elderwood Guardian. Yet all his efforts prove to be for naught. When Arthur makes a genius magician from a very powerful family his enemy, his future is in jeopardy.

In this season three there are 12 chapters from chapter 30 to chapter 42. Each chapter has 1-3 episodes & each episodes have some on volumes in that. The main characters in this season is Kriol Masser (who is veteran), Jasmine Flamesworth (Arthur’s menor), Lucas Wykes (little brother of Bairon Wykes), Party members – Oliver Hemmbet, Samantha Tempest, Reginald Bastion, Brald Landon ( a veteran who leads Arthur’s party).

In this season four there are 18 chapters from chapter 43 to chapter 60. Each chapter has 2-3 episodes & volume in that. The main characters in this season is Arthur Leywin, Sylvie, Elijah Knight, Tessia Eralith, Lilia Helstea, Nicolas Dreyl, Broznean Boor, Clive Graves.

In his second life, Arthur Levine was a king therefore no stranger to war. However, he was unwilling to find himself at the center of a conflict that would change his whole new world. Despite their abilities, it seems as though the danger only grows with every discovery they make. His oldest friend is destroyed by succumbing to such a force, the same power that Arthur had given him. His most persistent enemy accepts a dark gift to challenge Arthur’s strength, an act that threatens Zyr’s Academy. How can he keep his family safe if his very presence is a threat to his family? Can he turn away the spectators of the war before it’s too late? 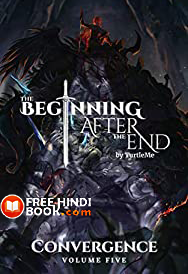 In order to protect his loved ones, Arthur Levine must reveal the truth of his identity. If he is to play his part in the war between the godly Asuras and the demonic Vritra, he will have to spare the people he wants to protect.

However, he has to escape first. Arthur stands before the kings and queens of Decatheon, who has been accused of a crime he has never committed. He will have to do an act of the gods to keep his magic from being snatched away, leaving him completely powerless in the coming battle. Fortunately for Arthur, he counts the gods among his friends.

Arthur Levine knew very well the cold horror of war. Even after that, King Gray had never made friends in his previous life; So he had no one to lose. But now, however, Arthur must accept that those closest to him must also take up arms to defend their homes. Because the enemy forces look for fresh new ways to attack the heart.

To stop the oncoming army, Arthur must travel to the dwarf kingdom Darv, and master four things. Vrtra must battle some of the most powerful champions, and overcome a serious betrayal. Arthur is forced to contend with the decisions of his past as he struggles to maintain his vision of the future.

Arthur Levine is currently experiencing two lifetimes of challenge and adventure. In his past life he has been a swordsman, a magician, an adventurer and a king. Now her two lives new and old will clash and now reveal the relationship between King Gray and Arthur Levine. How will this affect the ongoing war between the nations of Alacria and Decatheon? Arthur may be the last hope for his people, but when he must choose between family and country, where will his loyalty lie in this series?

Arthur Levine awakens to find himself far from the continent where he was born for the second time. He has no way of telling his family that he is alive. He is lonely and broken. Arthur must regain his strength so that he can fight the enemies. As he climbs through an ancient dungeon full of hostile beasts and devious trials, he discovers an ancient, absolute power. A power that will either ruin him or take him to new heights. But Dungeon will not give up its knowledge easily. Before he can be robbed of its depth, Arthur must learn to untie the threads of fate.